Immigrants who win the Green Card Lottery are effectively given free choice to go wherever they want in the United States. It is a basic benefit of living in America that residents may move freely throughout the states without the need for travel visas. In fact, the practice of obtaining a visa for travel within a country would seem so strange to most Americans that suggesting that one might need a travel visa to cross a state border would seem unreasonable and silly. 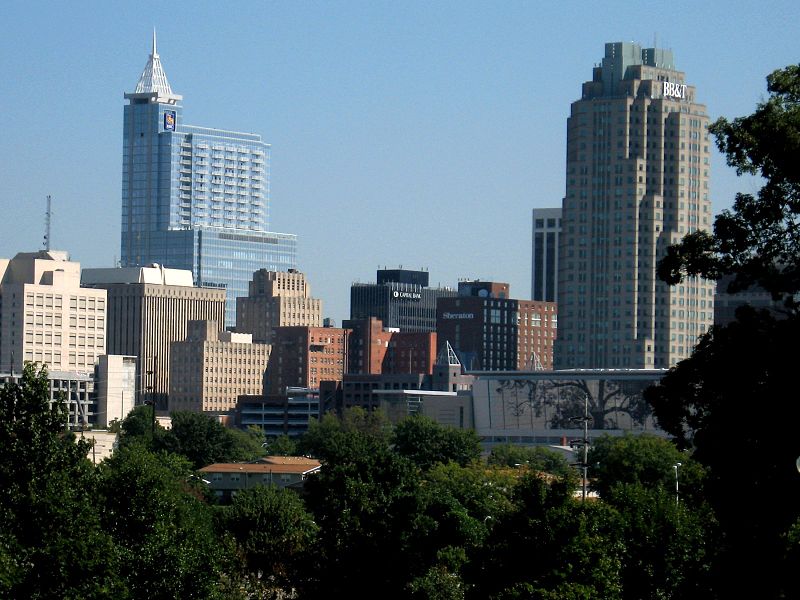 So when you come to the United States where will you go? This series of Articles brought to you by USAGreenCardLottery.org features some of the most popular and well-regarded places in the United States. Today we’ll take a look at the East coast.

Raleigh (pronounced Rah-Lee) is the capital of North Carolina and located in the Eastern-central part of the state. Raleigh is actually a part of a conglomeration of many other cities and towns. Often it is referred to as Raleigh-Durham on interstate maps and is considered a part of the emerging Piedmont Atlantic mega region, a large population center in the United States.

Raleigh is rare in that it was created for the sole purpose of being a U.S. capital and that before its creation, there was no community in its current location. In the Revolutionary war the British laid siege on the original, coastal, capital of North Carolina creating the need for a center of the colony’s (and later the state’s) government. A more inland region of the state was chosen. Evidence of this original and deliberate planning can be seen in the grid-like pattern of streets in downtown Raleigh.

Raleigh lies just near the meeting of the coastal plain and the Appalachians, the major mountain range on the East coast. It is a beautiful and verdant land. Nearby, only a few hours away, are the Outer Banks and the Atlantic Ocean. The Outer Banks is a permanent sandbar that separates several estuaries from the Atlantic Ocean and is a popular tourist destination. The first self-propelled airplane flight, by Orville and Wilbur Wright, took place at Kitty Hawk in the Outer Banks. The climate of the area is fairly mild especially the winters. Summer months can get a bit hot, but then again, that’s why beaches are only a few hours away.

It is to be expected that the state government is to be the primary employer in a state capital and Raleigh is no exception. The organizations that hire the most people in the city are the state, county and city government in addition to the universities and the public school district. The large concentration of universities in the area promotes large amounts of technological research and generates a considerable level of renown.

Bloomberg Businessweek ranked Raleigh the number one best city to live in the United States. The reasons they list it are for its thriving culture and intellectual power both of which are informed by the very large universities nearby. Nightlife and weekend events are also thriving points of interest in this beautiful East coast capital.