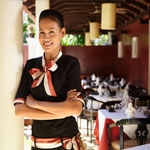 As a new immigrant, you can find employment opportunities through your friends or relatives who are already in the United States. The US Federal Government has developed many resources for new immigrants who do not have friends or relatives in the United States, to help them find jobs. Hence you can make use of such resources to get employed in America.

Before you enter the United States, it is better to get to know well about the nation and its states. Most new immigrants get settled in California, New York, Texas, Massachusetts, Virginia, North Carolina, Alaska, Washington D.C. and Florida. These states are common among immigrants because there are ample job opportunities for new immigrants here. New immigrants with IT background may easily find jobs in Silicon Valley which is a cybercity located in Northern California. Immigrants with no work experience may initially find jobs in restaurant chains such as Domino’s Pizza, McDonald’s, Burger King, KFC, etc. These chain restaurants are found in almost all the states, and a new immigrant with a 12 year primary and secondary education may find a job in one of these restaurants.

People who have relatives to sponsor them for permanent resident status in the United States may not have difficulties in finding housing and in finding jobs because the sponsoring relative will guide the new immigrant. But the Green Card lottery winners may find it difficult when they enter the United States, as they may not have a finalized plan in terms of housing and employment. They can make use of the resources that are offered by the Federal government to overcome their difficulties. There are certain community organizations in America that help the new immigrants to find housing initially.