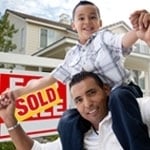 The Green Card Lottery or the Diversity Immigrant Visa Lottery was created by the Immigration Act in 1990. This lottery program makes available 50,000 green cards for people from countries around the world that have sent the lowest number of persons to the United States during the last five years.

Applications are invited from eligible candidates from eligible countries and during a random selection process winners of the green card lottery are chosen. Winners have to prove eligibility for the green card. They maybe ineligible if they are found to be inadmissible to the United States for any reason, for example – maybe health related or due to criminal activities. The winners should also establish their ability to support themselves financially when they are in the United States.

Once winners enter the United States with their green cards, its a new life for them. America has been known as the land of opportunities and its economic prowess was what has always been attracting people from all over the world to come to this country. However, with recession, things are not so rosy now. Still, the benefits of living and working in the United States are many.

Life in the United States as a Green Card Holder

Permanent residents can live and work in the United States permanently. They have better job opportunities as they are allowed to work in any of the 50 states and do not require any employer sponsorship. They can own property, invest in business or start their own businesses.

Green card holders can travel outside the United States and return without the fear of being denied entry. As long as the trip outside the country does not last for more than six months, there will be no problem in traveling any number of times.

If the lottery winner has good education or sound skills, then it will be easy finding a job. Or winners can invest in a business in the United States if they have the resources. Otherwise, one has to come prepared to support oneself financially until a job can be found. Knowing the English language is an added advantage. It will make life easier. Once the green card holder gets a job he or she can settle for life and make use of all the benefits offered.

Winners should come prepared for their new life. It will definitely be different from the life in their home countries. Financial support, basic knowledge of English and the ability to get a job may make life easier. Without these, it might be a bit of a struggle, but not hopeless. You are in the land of dreams and opportunities after all!